LeBron James is the undisputable legend of the NBA. Unlike other athletes of the NBA, his workout regime is focused on strength, which comes together nicely with his diet.

Today, we are going to give a closer look into NBA Superstar LeBron James workout.

LeBron James has talked about the use of calories in his meals. Unlike the diet of Michael Phelps and the thousands of calories behind it, LeBron chooses to have a healthy meal before his competitions.

Considering the length of each basketball game and how difficult might be for the athlete, LeBron chooses a diet which focuses on carbs as he’s going to be actively playing for a couple of minutes.

A diet rich in carbs is what LeBron needs before each game. Pasta, chicken breast, and salad are one of the favorite picks of LeBron before hitting the basketball court. Protein shakes and fruits are also visible on his diet.

LeBron James’ workout schedule is five days a week approximately. When the season is starting, James takes the whole week to train with a specially designed workout routine.

As for his workout routine, James likes to change the pace and mix up his training and exercises. Not only does he go for traditional gym workouts, but he also likes to try new routines and exercises with his own home fitness equipment.

LeBron James likes to introduce new exercises to his routine. Pilates is one of LeBron’s go-to exercises for stretching, but jogging is also included in his list of favorite exercises. However, he has stated how easily he changes his workout routine depending on how he feels.

Sports play an important role in the life of LeBron James since most of his training and daily exercising comes from playing basketball each day. Without including team practices, LeBron also dedicates his weekend playing basketball with his fans.

Most basketball players choose to take it slow in the off-season. However, this isn’t the case with LeBron James. LeBron maintains his five days workout routine and adds core-building and jogging exercises to his routine in order to increase his resistance.

LeBron has stated his interest in VersaClimber exercises. Mixing a few classes on top of his traditional gym workout exercises makes the perfect combination, according to James.

Besides his VersaClimber class, LeBron also attends spinning classes and has proven to be successful with those workout routines.

Boxing as an Exercise

What you get with boxing exercises is everything an NBA athlete needs. From having mobility and control to developing the required strength to make a long shoot, LeBron James understands the importance of boxing exercises, since he’s always implementing them in his routines.

If you want to have the shape of LeBron, we highly recommend modifying your workout routine and adding these exercises. 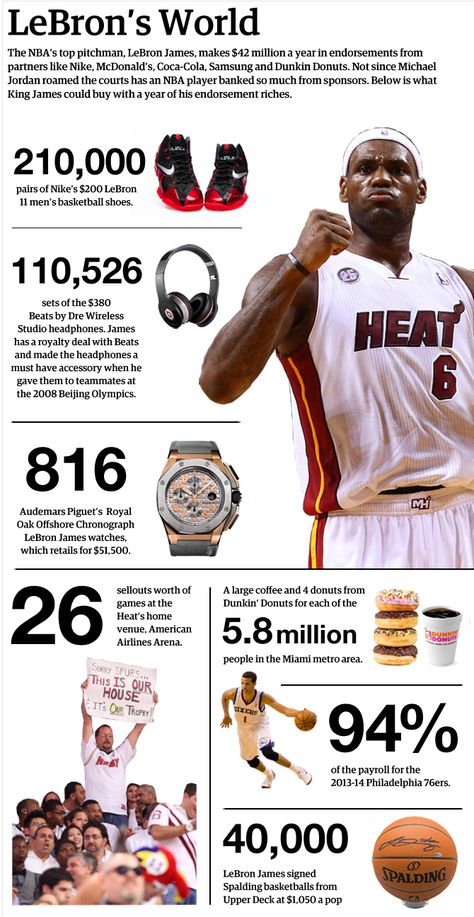